For questions or comments to the project, please write us to:

Documents related to the project 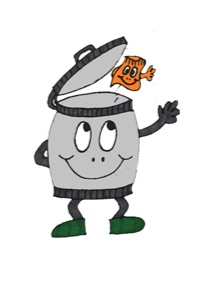 Did you ever litter? Why? And what do you think why other people litter?

You might guess it: Very few people admit that they litter; and who does, cannot give reasons. Littering is mostly not done intentionally - it just happens. Thus, is it 'bad education', 'lack of familiarity with our culture', 'laziness'? This project aims at shedding light on the actual causes of littering in the Irchelpark and, on this page, we will give a synopsis of the project. 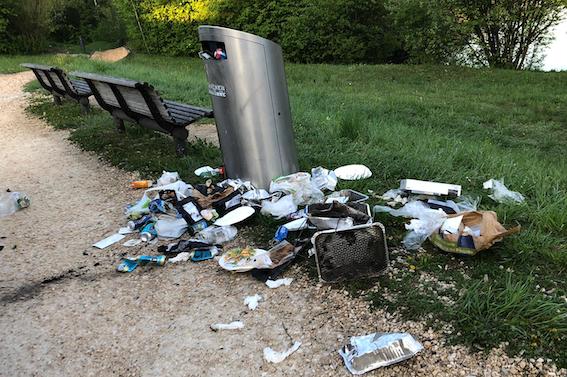 Littering, i.e., dumping small amounts of waste without using available waste disposal infrastructure (www.bafu.admin.ch), is a omnipresent and global problem, causing considerable financial, social and ecological problems. As in other recreational areas, also Irchelpark is affected by this problem. Little is know about the psychological causes, because this behaviour is difficult to investigate. This is our motivation to look into the psychological processes behind littering.

Goal of the project was the identification of psychological processes that mainly determine littering by picnic waste in the Ichelpark and, thus, should be targeted in future campaigns. For this, at various places in the Irchelpark during various periods, posters with different content were set up.

In parallel, from beginning of May to the end of September, waste was measured on a daily basis - littered waste as well as the total amount of waste including waste correctly deposited in bins. Additionally, in the same period, surveys were implemented with visitors of the Irchelpark. The short questionnaire provided valuable information on how the visitors perceived the situation and the posters.

Based on the differences of the percentages of littered and correctly deposited waste, we determined which psychological factors had the major influence on the littering behaviour. This, in turn, allowed deriving recommendations for designing future campaigns for reducing littering.

In summer 2019, a study to investigate the psychological drivers of littering was implemented in the Irchelpark. Six different psychological measures in the form of posters and a structural measure (a container to collect cardboard separately from other waste) were developed and implemented. All measures could be implemented without problems. The posters resisted all weather conditions, were not diverted and except very rare exception not vandalized.

The volume of littered waste was measured on 119 days and 773 visitors of the park were interviewed. Also BDI employees reported a subjective estimate of the littering and the number of garbage containers emptied per day. Further, the amount of cardboard in the containers at Strickhof was measured. The measurements did not provoke any annoyance to the visitors of the park, rather they appreciated these activities.

The amount of Littering as well as the amount of garbage containers emptied decreased over the summer. The most frequent form of littering was small parts, such as snack-wrappings, small papers, lids, and cigarette butts. The possibility to dispose cardboard separately from the other waste was used with high separation discipline.

In zones with posters, littering was about 28% (834 liters) lower than in zones and periods without posters. However, no statistically significant effects could be found, due to the overall low amount of littering throughout summer 2019. The strongest effects could be found for posters with emotional messages, such as a poster with a funny prompt to use garbage bins but no substantial information and a poster that targeted overcoming disgust of disposing waste. Also a poster with reference to reciprocity showed a tendency to stronger effects.

Visitors of Irchelpark evaluated the park as very clean and the infrastructure for waste disposal as good, reflecting the excellent work done by the BDI employees and the high willingness of the visitors to correctly dispose of waste in the park. Possible improvements could be waste bins that allow separating waste fractions and, on highly frequented days in the summer, some additional waste containers and emptying, to avoid waste being dissipated by animals.

Why (only) Irchelpark?
Our financial and human resources suffice for investigating a clearly limited area. Since Irchelpark, as a large near-natural urban park, is managed by the University of Zurich, implementing the project here is easier than elsewhere. Therefore, the project Clean Irchelpark takes the role of a pilot project for all parks and open spaces managed by the University of Zurich.

Why only picnic waste?
The pollution of Irchelpark has many forms. Besides daily picnic waste, also the traces of nightly parties and 'wild' dumping of household waste is of importance. Less striking but all the more problematic are cigarette butts. Each of these forms of pollution would be worthwhile own considerations. However, we had to focus our resources on one aspect. Particularly, because picnic waste is relatively easy to measure, we set the focus on this type of pollution.

What happens with the cardboard that is collected separately?
At Strickhof, we placed a container to collect cardboard separately. This is a mere experimental setup and the separately collected cardboard cannot be recycled, but is disposed together with the other waste. Because of this, it is uncritical, if soiled cardboard is disposed in the container for cardboard. With this setup, we are investigating how the option of separately collecting certain waste fractions is used by the visitors of the park, since setting up and running garbage collection systems that collect waste fractions separately for recycling is extremely costly. Thus, the separate collection of cardboard at Strickhof might not immediately improve sustainability, but, on longterm, it might contribute to it.

Why are you setting up a poster that states that waste has to be disposed in garbage cans just besides an overfilled waste bin?
In deed, on days that invite to have a picnic in the park, our garbage disposal system can experience an overload. On such days, some waste bins might be full and cannot be used, anymore. Nevertheless, also in such occasions, it is important not to dispose waste besides or on top of the waste bin, but to search a different option for waste disposal. Mostly, there is a waste container with room for more garbage, only a couple of walking minutes away. And, if it should happen that all waste bins and containers in the park are full, the park reached its capacity limit. In such an occasion, it is in the responsibility of the visitors to take the garbage with them to dispose it somewhere else, such as at home. 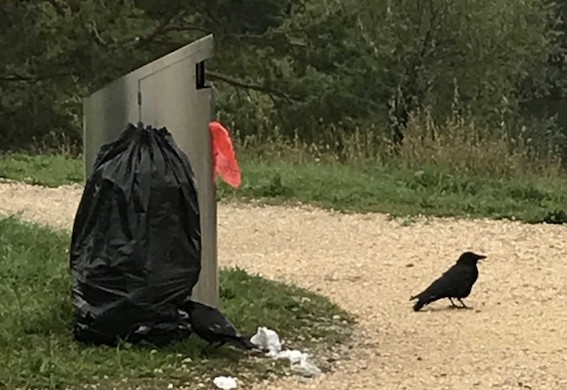